This post is by my co-organiser and colleague, Joseph Dunne. Here, he writes on the origins and development of his interest in documention of performance, and our shared research focus on the emergence of immersive documents.

My interest in documenting performances and performance processes, and its links with LIS, can be traced back to when I was the research assistant on the CEDAR Project at UEL. CEDAR (Clustering and Enhancing Digital Archives for Research) used the East London Theatre Archive as a case study of how digitized theatre ephemera could be integrated into teaching and learning activities. A significant part of my job was to consult students, archivists, academics and theatre-makers in order to design a new online archive for use as a theatre-making tool and resource for historical research.

As I began my reading on theatre’s rather fraught relationship with archives, I soon began questioning the criteria I used to distinguish live performance from other art forms. Peggy Phelan’s infamous assertion that “performance… becomes itself of disappearance” (Unmarked, 1993, p.146) felt instinctively correct but troublingly essentialist. What of performance’s material remains? Are costumes, sets, props, even spaces, adjuncts to the “itself” of performance? Even if we accept these materials do not constitute the body-to-body transmission performance entails, is memory constitutive of non-live experience?

After CEDAR concluded I wrote the Performing the Archive module with Conan Lawrence at UEL. It was something of a hybrid course: we created exercises out of bits of archival theory, history, autobiographical performance, psychogeography, and of course theatre practice. We wanted the students to start seeing the archive as a fecund creative resource rather than a dusty collection. The big challenge was to give them what we called “ownership” over the archival material they were working with. I now understand this to be almost a permission to interpret artefacts in ways that did not have to conform to standard methods of historical analyses.

I remain drawn to Pearson’s and Shanks’s description of the archaeologist as an “active agent of interpretation” (2001, p. 11) for its implicative image of the past as a metamorphic, unstable object of study. A record of a performance does not, in this schema, represent past acts but is a durable fragment of the event itself. Any material borne out of the event could then act as a way of stretching a performance outside of the temporal-spatial live zone. Moreover, archival documents could allow a performance to become part of distributed mode of practice where many agents could participate in the evolving interpretation of the original by using the documents as the genesis of new practices.

These topics acted as point of departure for my practice research PhD Regenerating the Live: The Archive as the Genesis of a Performance Practice. I investigated how a dramaturgy based on some of the key principles of archivalism – preserving artefacts for knowledges to be generated in the future – could become the basis of a participatory dramaturgy. I lead workshops where groups documented sites and then translated the resultant documents into performance scores. I combined my practice-based investigations with my theoretical research in the audio-walk Voices from the Village.

Like Lyn, I am fascinated by the capacity sci-fi and speculative fiction has to teach us how to read the present. JG Ballard’s last novel Kingdom Come is set in the fictional motorway town of Brooklands. In the centre sits the mighty mega mall, The Metro Centre. Ballard describes Brooklands as “an end state of consumerism” where “[h]istory and tradition, the slow death by suffocation of an older Britain, played no part in its people’s lives. They lived in an eternal retail present, where the deepest moral decision concerned the purchase of a refrigerator or washing machine” (2006. p.8). Ballard could be describing the Athlete’s Village in Stratford, save for the fact that it’s history begins in 2012. More precisely, at the Olympic Games. I became fascinated by what the Olympic Legacy entailed for the residents of the host boroughs. In my audio-walk Voices from the Village participants were taken on an initiation process to see if they could become a legacy-maker. In the last act they are guided by the Documenter who shows them the future of Hackney Wick.

Both the sites and the audio recordings were documents transmitting knowledge of a time and place that combined the fictive and the real. Immersive documents are not so much as read as participated in. The promise of participation filters through today’s digital landscape, but what is it we are participating in? It feels like more than an absorption of information and more like a joint act of interpreting metamorphic knowledge.

What does this do to our perception of reality? And what possibilities does this yield for performances of the future when the lines between creator and spectator are impossible to define? 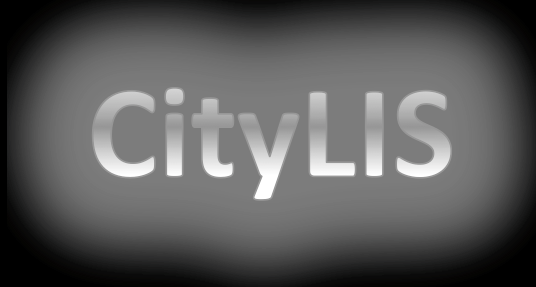